The kids are growing up. Believe it or not, the oldest of Generation Z (those born between 1996 and 2010, according to MDR) are starting to graduate from college. They’re making many of their own decisions and influencing their parents and society as a whole.

For employers and marketers, this demographic can’t be ignored. Gen Z, bigger than Generation X, has an estimated population of more than 60 million, according to consulting firm BridgeWorks.

Having grown up with domestic terrorism, school shootings, accelerated climate change, and discontent directed toward the government and the media, it is a generation that’s interested in social and political causes.

Gen Zers tend to be more cynical toward large businesses and educational institutions because many experienced their parents losing jobs and their older siblings struggling to find jobs and pay down college debt. As a result of these and other causes, Gen Z is interested in equality, safety, the environment, and helping the less fortunate.

To attract younger consumers and future employees, corporations need to take a position on the topics that this generation cares about.

Gen Z has been exposed to a diverse world and is more accepting of people of different races, nationalities, religions, and sexual orientations. Members of this generation bristle at inequality and make efforts to change it.

When NFL quarterback Colin Kaepernick, and soon after, other players began kneeling during the national anthem before games, nearly everyone had a strong opinion.

Nike wasn’t afraid to step into the controversy earlier this year. Its Kaepernick ad was impossible to miss. Of course, not everyone appreciated Nike’s partnership with the athlete-turned-activist. An ESPN survey reported that one in five people would boycott the brand.

But sales of Nike products soared, according to CBS reporting. Its target demographic of 18- to 29-year-olds stated that it would buy more from Nike after the ad. The sports giant took a stand on the topic, and that’s exactly what Gen Zers expect from the companies and brands they follow, work for, and purchase from.

The nation mourned the students who lost their lives in the Marjory Stoneman Douglas High School shooting in Parkland, Florida, on Feb. 14, 2018. But in its aftermath, there were a variety of conflicting solutions to the problem of gun violence in schools. Some advocated for more school police officers. Others suggested arming teachers.

For many of the Parkland survivors and millions of other students across the country, there was only one answer: stricter gun control laws. The students organized nationwide marches and campaigned on social media. Emma Gonzalez, a key Parkland activist, now has more Twitter followers than the NRA.

Companies have taken sides, too. Citigroup took a notable stand a month after the shooting when the bank halted loans and credit lines to companies without strict firearm regulations. The company’s chief executive told The New York Times that the positives of the move far outweigh any negatives.

Many of the demands Parkland students laid out in a manifesto aligned with the restrictions Citigroup was implementing, including calling for an end to bump stocks and high-capacity magazines. Both also called for an end to sales to people under 21 and those who have not passed a background check.

Young people are clearly moved by causes that affect their peers. Gen Z knows that, even in this strong economy, some kids their age are homeless and many more go to school hungry. Many Gen Zers have been inspired to take up the cause and be a part of the solution. A survey from DoSomething.org showed that hunger is high on the list of concerns for young people.

Sodexo, the food services company, has made tackling hunger a priority. It sponsors programs like Share Our Strength’s No Kid Hungry and has created programs of its own that provide grants and scholarships to young advocates and activists seeking to eliminate hunger.

Twilio, the cloud communications platform that powers apps like Uber and Lyft, has pledged $1 million toward homeless relief in San Francisco, urging other tech companies to do the same.

The United Nations and the U.S. Global Change Research Program recently released alarming reports concluding that if countries don’t act now to stem global warming, it soon will be too late to avoid catastrophic climate disasters.

Gen Z has seen older generations put off this impending problem and are understandably upset about it. Many see large corporations as the main culprits. More than 90% believe business has a responsibility to help fix environmental problems, according to Cone Communications research. And companies are responding.

Patagonia is an environmentally focused company that devotes 1 percent of all sales to the preservation and restoration of the natural environment. Since 1985, the company has given out more than $89 million in cash and in-kind donations to environmental groups working to improve their communities. And Patagonia’s founder started a nonprofit group to encourage other businesses to make the same 1 percent commitment to the environment.

Like every generation, Gen Z wants happiness and success, but more than previous generations, it views buying power as a key vehicle for activism. Members of this generation are conscious of where and how they spend their money and what brands and companies they choose to support. The same goes for jobs—many won’t work for a company that doesn’t support their values. To make a real connection with this group, companies will need to work toward helping them make our world a better one.

The post Social Causes That Gen Z Cares About—and Why You Should Care, Too appeared first on Marketo Marketing Blog – Best Practices and Thought Leadership.

* This article was originally published here 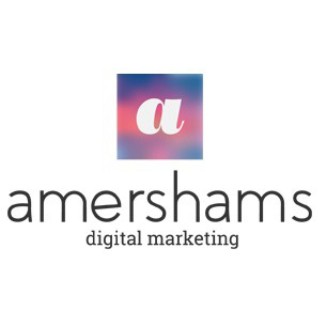 Amershams Digital Marketing are a Warrington Cheshire UK based digital marketing,web design and internet marketing organisation. We provide customised responsive website design for small to medium sized companies in the UK and North America. Pay per click (PPC) services on both Google and Facebook platforms are also another one of our services. Amershams Digital Marketing 66, Dallam Court Dallam Lane Warrington WA2 7LT 01925 320422